Brian Quinn was born and raised in the small town of Athens, Ohio. He began playing piano at the age of six, but found his calling when he took up the bass at the age of fourteen.

Over the past 7 years, Brian has been working as a professional bass player and freelance music instructor in Chicago; playing, touring, and recording with a variety of artists and projects. Brian has played with Mississippi Heat since 2011. 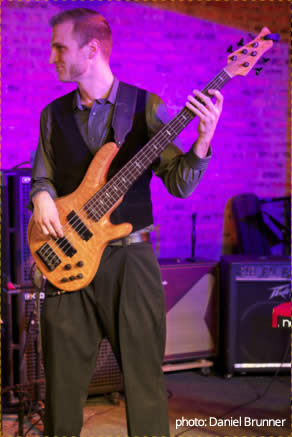