On the back of Mississippi Heat’s CD Footprints On The Ceiling, there is a photograph of a man with his eyes closed, playing the harmonica with such passion, that one is almost stunned by the actual silence of that frozen moment. Yet when he is heard live or on record on his harmonica, the listener is caught up by its fervent, inspiring presence. The man behind the harmonica is Pierre Lacocque, Mississippi Heat’s band leader and song writer.

Pierre was born on October 13, 1952 in Israel of Christian-Belgian parenthood. However, shortly after his birth, Pierre’s family moved to Germany and France before going back to Belgium in 1957. By the age of 6, Pierre had already lived in three countries. A preview to his future musical career on the road. Pierre’s childhood in Brussels resonated with the intense and impassioned Scriptural upbringing of his father, a Protestant minister, now living in Chicago, who became a world famous Old Testament scholar. Pierre, his brother Michel (Mississippi Heat’s General Manager) and his sister Elisabeth (who did the artwork design on the Heat’s first three CD’s) went to a Jewish Orthodox School in Brussels. After the Holocaust, Pierre’s parents and paternal grandfather (also a minister) felt that their children and grandchildren should learn about the suffering and plight of the Jews, as well as about Judaism in general and its philosophical and theological depths.

At the Athenee Maimonides (Brussels) they were the only non-Jews ever (and since) to attend. At the Athenee Maimonides they learned old and modern Hebrew, all the religious rites and prayers, as well as studied the rabbinical commentaries on the books of the Old Testament. With the devotion to his studies, there was little time or room for much else. The family culture and priority was on intellectual pursuits, not on play such as soccer or music (two old interests of his). Serious studying, the reading of existential philosophers and theologians, were the only worthwhile activities condoned and encouraged by Pierre’s parents, his father in particular. But thanks to the radio in young Pierre’s room, there was just enough opportunity to unravel the subtle auditory endowments of Destiny. From the radio he heard and was moved by such soulful singers as Ray Charles, Otis Redding, and Aretha Franklin. Pierre was careful to keep the volume down. This is where he began to appreciate African- American music. …

The sound of the harmonica was first introduced to him when he lived in Alsace, France. His father was then a minister in a small village called Neuviller (1955-1957), not far from Albert Schweitzer’s birthplace in Gunsbach. Pierre’s father had bought him a green plastic harmonica toy. He was about three years old at the time. He remembers blowing in and out of it and feeling a surge of sadness that felt so familiar. As he experimented with the toy he often cried listening to its plaintive sounds. It was not until he came to Chicago in 1969, however, that he finally detected his destiny: playing the blues on the harmonica. He had never heard the blues saxophone-like amplified harmonica sound until then. In 1969 Pierre’s father received a full-time Old Testament professorship at the Chicago Theological Seminary, located on the University of Chicago’s campus. The family decided to move permanently to the Windy City and leave Belgium for good. Pierre was sixteen years old.

The golden era of the 1950’s electric Chicago sound was still having a vibrant impact on local bands. Luminaries such as Muddy Waters, Otis Spann, Little Walter, Junior Wells, Elmore James, James Cotton, Howlin’ Wolf, Jimmy Rogers, Jimmy Reed, and so many others, were still dynamic forces to reckon with in the late 1960’s. Unfortunately some had died by the time Pierre arrived in Chicago. Little Walter, Pierre’s mentor and main influence, died in 1968 following a head wound he acquired during a fight. … Otis Spann, Muddy Waters’ long-time band member and perhaps the best blues piano player ever, had also recently died of cancer.

On a Saturday night in the early Fall of 1969, Pierre decided to go to a concert being held at the University of Chicago’s Ida Noyes. He had no exposure to Chicago Blues before then, and had no expectations as to what he was about to hear. As he listened to the band playing, he became overwhelmed with emotion and excitement at a sound he never heard before: A saxophone-sounding amplified harmonica! In his own words, “ I was absolutely stunned and in awe by the sounds I heard coming from that harmonica player and his amplifier … It sounded like a horn, yet distinct and unique”. The harmonica player went by the name of Big Walter Horton, a name he had never heard before but who changed his life forever. What he heard that night, the music, the mood, the style and sounds, moved his soul.

From that moment on, Blues music, and blues harmonica in particular, became an obsession. Two days later, on a Monday morning, Pierre bought himself his first harmonica (or “harp” as it is called in blues circles). Next he was buying records, instruction books, anything to do with the blues harp. He was talking to people, picking up new knowledge wherever he could. Obsession led to passion and intense dedication, and Pierre was practicing the harp six, seven hours a day, not paying attention to the clock (although he is known to check the clock now to remind him when he needs to get off the stage, because if it was up to him he would keep on playing beyond the scheduled sets! His band members tease him about that).

Pierre eventually finished High School (like Paul Butterfield, Pierre graduated from the University of Chicago’s High School, better known as “The Lab School”. The two never met, however, as Butterfield had left the school before 1969). Pierre then left Chicago to go to College in Montreal, Canada. He played harp through his College years, making a few dollars here and there. While at Stanislas College and later, at McGill University, both located in Montreal, Pierre got his first live experience with a local blues group named the ALBERT FAILEY BLUES BAND. About a year later, Pierre joined another band: OVEN. That was in the early 1970’s when he lived for six years in that French-Canadian city (1970-1976). OVEN gigged regularly, and eventually won the Montreal Battle of The Bands contest in the summer of 1976. Unfortunately, the promoter who promised the winner $1,000 Canadian dollars and a record contract skipped town, and was never seen or heard from again. The news of the win and of the shady promoter did make the Montreal newspapers though…

Not having the ill-fated Canadian blues career anymore, Pierre, 24 at the time, and disillusioned, came back to Chicago. Although playing the blues on the harp could never be more fitting as it was at this point, it couldn’t pay the bills. And it was at this point (1976) that Pierre described his life as going “the intellectual route”. Pierre decided to further his education in Clinical Psychology. It was during this period that Pierre met his Social Worker wife Vickie, and began working as a clinician at a Mental Health center in the Pilsen neighborhood of Chicago. For the next decade, Pierre was involved with his psychological work and research, finishing a doctorate at Northwestern University and publishing professional articles and a book, until a major insight took place in 1988. Pierre, an accomplished 36 years-old man, who had been studying Existentialism, Theology, History of Religions, etc. began to feel a void in his life. He began to re-evaluate his life and look into his own heart. Eventually he heard the answer loud and clear: He missed playing the blues. The awareness struck him like a beautiful horn, coming from an amp, distinct and unique, and yet a sound he had heard before, hidden all these years, but definitely not lost.

And this is where Pierre’s passion revived, his fire and “joie de vivre” rekindled, his ability to take what was lost inside of him all these years and turn it into the raw, powerful heat that it is today.

Wow… Talk about a wonderful experience. I am so grateful to Pierre Lacocque for entrusting me to hold down the bass line and be part of this amazing Canadian Tour finishing off at the legendary Montreal Jazz Festival with Mississippi Heat. I’ve watched so many of my musical heroes perform at this festival on video and snippets.

T-Man on the drums is a killer! I thoroughly enjoy performing with him.

Tom Holland was on fire the whole tour and really added some humph to the band.

Pierre was stealing the show and directed the band so well. Along with being our translator. So much to learn from this man. 30 years holding a band together is amazing. It takes tough skin and determination to get through the obstacles bands go through. He is always kind. Patient and in good spirits. He puts himself last to accommodate his band. What a blessing. Thank you again, Pierre. 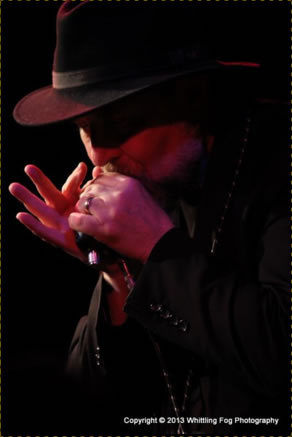 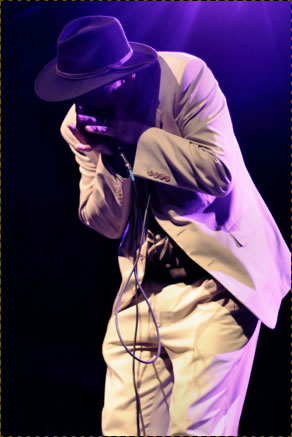