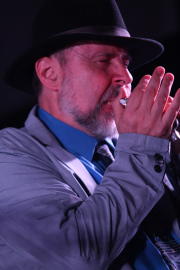 vzw Bluesnight presented it again to serve us an unforgettable Saturday night. ‘The place to be” … it was like always at the Korenbloem Hall in rural Zingem. After the excellent and unforgettable concert of maestro Duke Robillard (March 2015) it was not an easy task for the organization to surpass this performance. But the Chicago blues band Mississippi Heat managed this task almost effortlessly. The (ex-Belgian) Pierre Lacocque is still the driving soul of Mississippi Heat. After many personnel changes singers inetta Visor, guitarist Michael Dotson and Brian Quinn (bass) fit in wonderfully as his soulmates.

Kenny Smith is obviously a busy bee in the blue world and so he was tonight. Terrence Williams replaced him in this sublime ensemble. Yes, a strong word but it was a superb performance in a hall filled to the brim.

Pierre was born in Israel of Christian, Belgian parents. After living in France and Germany the family moved back in Belgium in 1957. At night Pierre secretly listened to the radio where he paid more attention to African-American artists such as Ray Charles and Aretha Franklin. For his father’s work, Dr Andre Lacocque, the family moved in 1968 to Chicago. Pierre was almost 17 ​​years.

In the Windy City, he was almost immediately exposed to the sounds of blues music. After seeing a concert of Big Walter Horton blues harp became a true addiction. As a bandleader and composer Pierre Lacocque never doubted his own musical vision. He teamed up with guitarist Jon McDonald in 1991 and they formed the band Mississippi Heat that night at the Cafe Lura in Chicago. Bob Stroger was on bass, Robert Covington on drums…Wow! What a line-up!

Blue Singers Inetta Visor was born on the South Side of Chicago and she has been singing with Mississippi Heat since 2001. The band has that deep bluesy ensemble sound with creative influx of Afro-Cuban and Afro-tinged music from South America. Their sound is unconditionally traditional; it is steeped in strong Chicago blues. The band now fully promotes their 11th album ‘Warning Shot’ on the long-storied and venerable Delmark Records label. A lot of songs flowed tonight then this release. A light cold did not hamper Pierre’s performance in the least as demonstrated by his unbelievable execution of two instrumentals “Steam Rollin ‘and’ Blues For Georges Baze ‘. 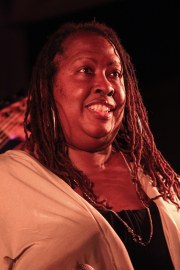 And then Inetta Visor came on stage. With her ​​impressive voice she surprised us just as quickly with the song ‘Look-A-Here’ from the album ‘Delta Bound’ in 2012. After a brief interaction with her ​​audience she performed the soulful hits ‘Granny Mae’ and ‘Light From Within’. Michael Dotson’s like Brian Quinn a fan of Belgian beers (especially our Duvel). He left nothing to chance: he eased into songs like “Another Other One Gone ‘and’ Swingy Dingy Baby” with brilliant energy. Before a short break could enjoy Inetta came back before the break to inspire us with inspire us again with “I Was Blind ‘. Dotson guitar riffs were perfectly in tune with Pierre Lacocque’s harp arrangements.

The second set started with an old favorite: the song ‘Dirty Deal ‘of already more than ten years ago when Lurie Bell played the original guitar licks. Michael Dotson was equally brilliant with his interpretation and performance.

Inetta Visor paid tribute to the ‘Sixties Dance Craze “and brought a veritable medley from an era when the twist was popular. The catchy tune, Cool Twist, brought an urge to dance but there was no room. Inetta’s and Brian Quinn’s dance moves on stage were a pleasure to the eye as well as to the ear. Michael Dotson had once again attempted a Duvel and put wonderful vocal power to ‘Pull Off My Right Arm”, a Johnny Clyde Copeland cover.

The final song ‘Come To Mama’ ended the show. A great Big Walter Horton bluesy harp arrangements from the traditional ‘La Cucaracha’ After this superb highlight of the evening, it was after two hours to say goodbye with the song” Real Sad Story’ from the album ‘Glad You’re Mine’. The crowd went wild and Mississippi Heat was called back for encores on two occasions … “we want more”, “we want more”, they shouted. And the applause only stopped when they came back and played their fantastic Jimmy Reed’s tune “Honest I Do”. What more could we wish for? 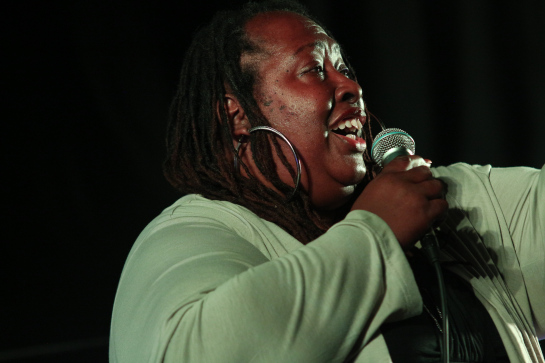